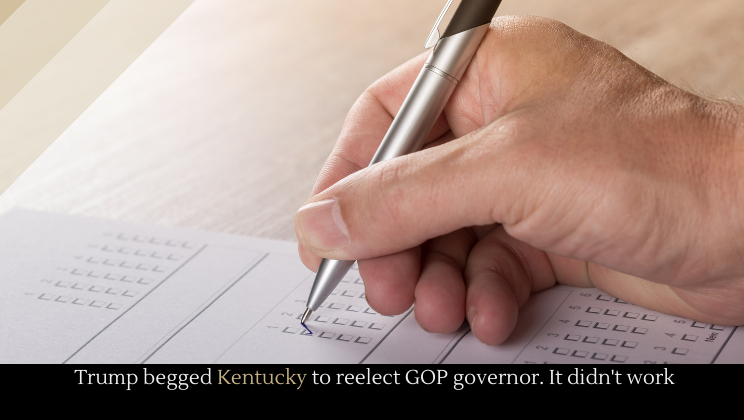 Donald Trump traveled to Kentucky the day before the election with one goal in mind: to convince the people of the state to reelect the Republican incumbent, Matt Bevin. But it didn’t work, the voters elected his Democratic rival, Andy Beshear. Bevin hasn’t conceded yet, but barring the incredible, the race is over.

This is further evidence that Trump is losing his base. Recently President Trump attended a UFC event, only to be met with boos and jeers. A few cheered, but the majority were not as kind, and people tweeted out the booing. According to a political scientist, this is potentially bad news for Trump––this should be Trump’s crowd, so this might be a sign that Trump’s base is turning on him.