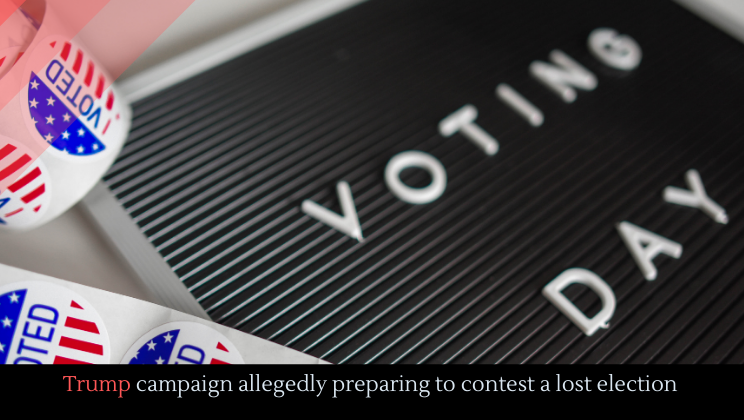 The Trump campaign is allegedly drafting plans to bypass the election results, a frightening development for those afraid of a potential Trump dictatorship. To add fuel to that particular fear fire, note that Facebook was prepared to allow the Trump campaign to allow a preemptive ad campaign claiming Trump won the election. 24

As his poll numbers began dropping, Trump began resorting to the worst kind of politics to get himself elected: shameless fear-mongering. Biden has already ripped into Trump for his scare tactics, but that’s because Trump has blaming Biden for all of the unrest in America right now. The great irony is, of course, Trump is president. The responsibility for any unrest lies with the leader of the United States. Instead of taking responsibility, Trump is not just blaming Biden––he’s also trying to start a race war, according to one Washington Post opinion writer.

It’s not clear that Trump’s tactics are working. According to polls, suburban voters do not approve of Trump’s handling of COVID and the racial tensions plaguing the country. Butt there’s another x-factor. According to a report by a former FBI agent, white supremacist groups and militias have infiltrated police in every region of the country, and in such states as Alabama, California, Connecticut, Florida, Illinois, Louisiana, Michigan, Nebraska, Oklahoma, Oregon, Texas, Virginia, Washington and West Virginia. So if Trump tries to stoke racial unrest––which he is absolutely doing, then who’s to say what will happen. To whom will white supremacists/white nationalists be loyal? Their nation or their race?