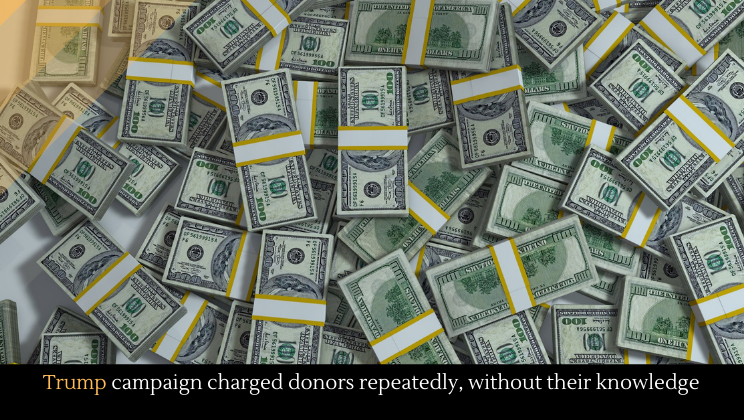 The Trump campaign allegedly duped donors into weekly donations, leading them to unwittingly donate many times more than what they had originally intended.