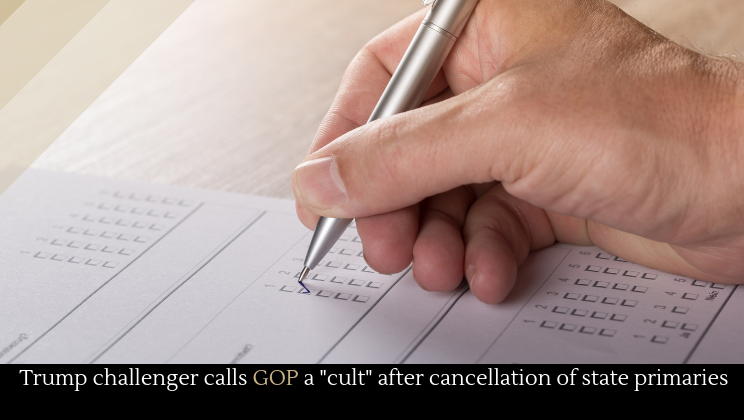 Republican primary challenger Joe Walsh is outraged that states are planning to cancel their presidential primaries. He called the GOP a “cult” that is “is all about washing their leaders’ feet every day.”

Walsh says that if the states carry through with their plans, then he will go straight to the people.