Trump cuts PA rally short, dances off stage to YMCA because he knows he lost PA 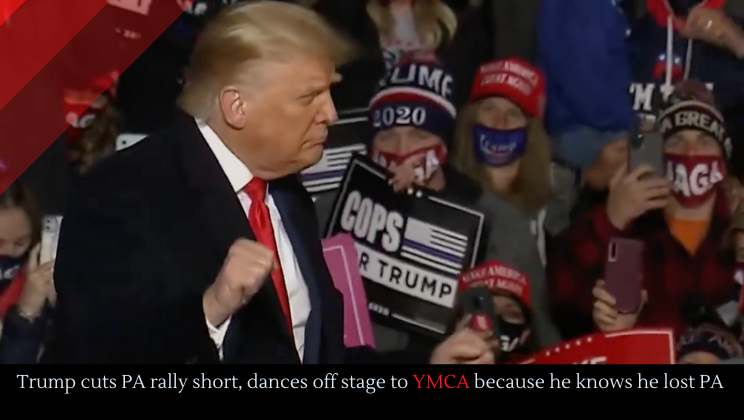 Trump knows he’s lost Pennsylvania. Despite the fact that he’s losing the state in the polls, he decided to cut his campaign rally there early. He also told the audience that he was only visiting them because he was losing. Then he danced off stage to YMCA.