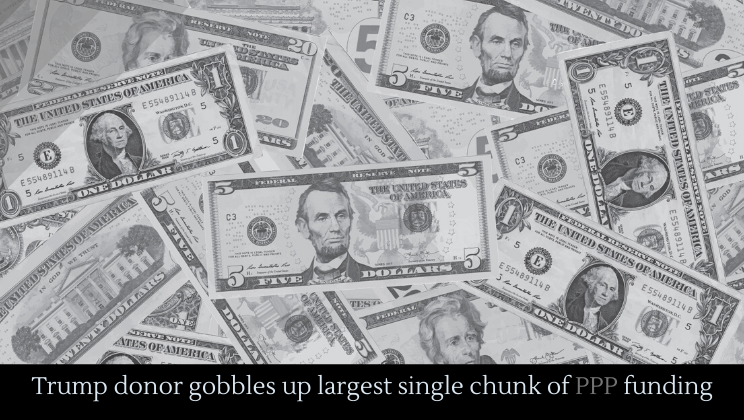 Ashford Hospitality Trust, a real estate investment trust, along with some of its subsidiaries, gobbled up around $30m of Paycheck Protect Program funding, making it the single largest slice of the PPP pie. Monty Bennett, the company’s founder, used that money to pay himself and his father. Bennett is also a big donor to the GOP.

Of the total $349 billion allotted for the Paycheck Protection Program––a program designed to help small businesses––a whopping $243.4 million has been snatched up by large, publicly traded companies.