Trump doubles down and says, on live TV, Ukraine and China should investigate Biden 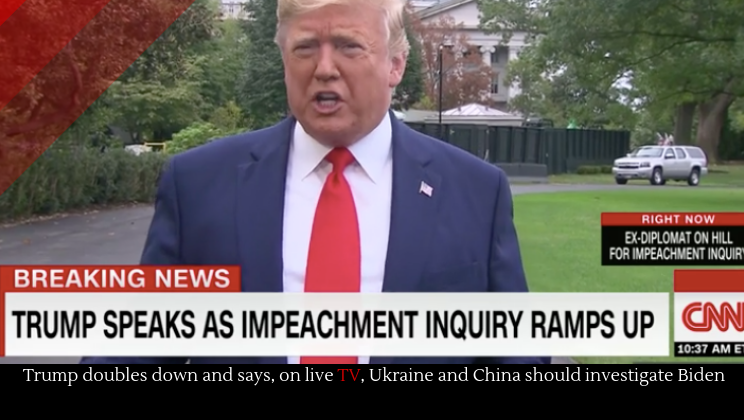 Trump is literally being investigated for impeachment because he appealed to foreign governments to get involved in the 2020 elections. And now, on national TV, he’s done it again.

Hillary Clinton has said that Trump can still be impeached for something he said on TV, but the thing is…will he be impeached? Foreign analysts don’t believe so.