Trump explains $1b in tax losses as part of the “sport” 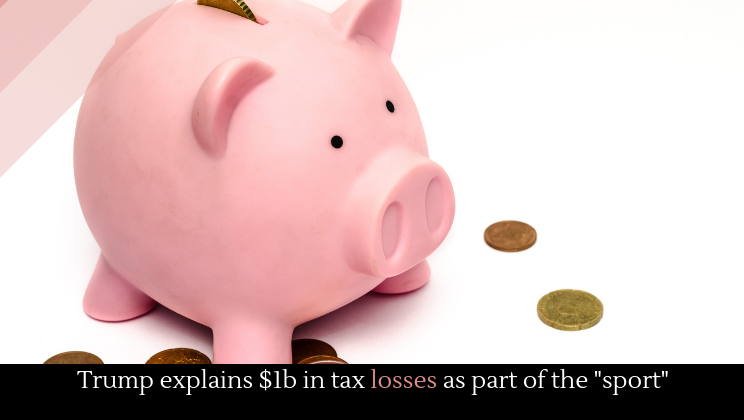 Between 1985 and 1994, Donald Trump’s businesses lost over a billion dollars. But does that make him a loser, or a genius?

Those blinded by their Trump-hate assume the former. Vanity Fair has called Trump one of the “biggest losers” in America. He lost more money in that ten year period than almost every other individual tax payer, thanks to a variety of failed business investments and ventures. Because of these stunning loses, Trump was able to avoid taxes for 8 of the 10 year period. So the question is, does that make him a loser or a winner?

Trump claims it makes him a winner. In a tweet, he explained his strategy, “Real estate developers in the 1980’s & 1990’s, more than 30 years ago, were entitled to massive write offs and depreciation which would, if one was actively building, show losses and tax losses in almost all cases. Much was non monetary. Sometimes considered ‘tax shelter,’ you would get it by building, or even buying. You always wanted to show losses for tax purposes….almost all real estate developers did – and often re-negotiate with banks, it was sport. Additionally, the very old information put out is a highly inaccurate Fake News hit job!”

This opens up a few questions though. First, isn’t this tax fraud? Some say yes, Trump is absolutely a tax fraud. Second, if Trump is reporting all of these losses, then where is his wealth coming from? This question may be at the root of the New York-led investigations into Trump’s finances.