Trump and Giuliani sued over Riots 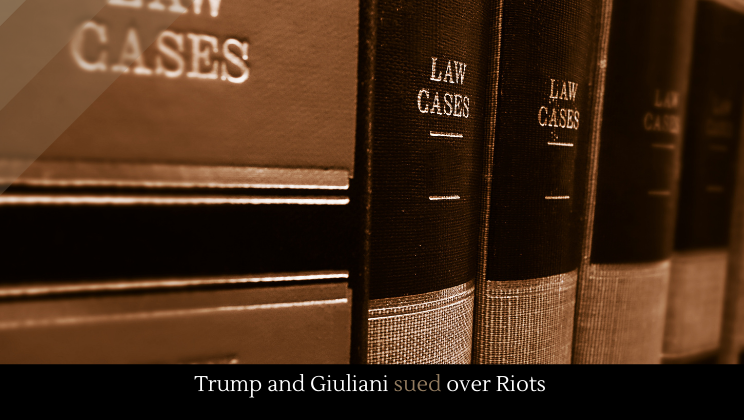 A Democratic congressman has coupled with a civil rights group to sue Donald Trump and Rudy Giuliani over their role instigating the Capitol riots.

Donald Trump’s impeachment trial may be over, but his legal issues are just beginning. Overwhelming sentiment among Democrat lawmakers and liberal Americans will almost guarantee he faces criminal charges. Indeed, he’s already facing criminal investigations in several states, including Georgia. Trump called Georgia state officials, pressuring them to find votes he needed to win the 2020 election.

Donald Trump was acquitted in his historic second impeachment trial. But the fact that he was impeached for a second time is not the only historic part of this trial. Seven Republican Senators voted to impeach Trump, which makes the impeachment with the most bipartisan support in American history.

A Senate Republican called for Trump and Pence aides to come forward to and tell the Senate what they know about Trump’s conduct during the riots, further sign of and anti-Trump groundswell within the party. And, most damning of all, Senate Minority Leader Mitch McConnell savaged Trump in a blistering speech in which he said Trump was “practically and morally responsible” for the January 6 Riots. That statement will undoubtedly be used against Trump in the impending criminal trials.