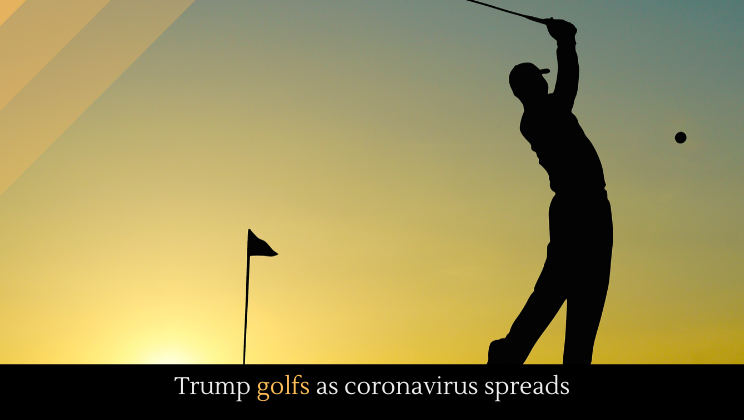 Donald Trump tweeted a photo of himself on the golf course amid the rising coronavirus epidemic, despite criticizing Obama for golfing during an ebola outbreak.

It should be noted that the Trump administration has announced that it will limit entry into the United States in order to limit the spread of the coronavirus. The move sent stocks tumbling, ending in the lowest close since October.

Meanwhile, the Chinese government is now threatening to throw people in jail if they criticize its handling of the coronavirus. The government has also been accused to burning bodies to keep the extent of the viral spread secret. Meanwhile, the World Health Organization has declared the spread of coronavirus a world emergency.