Trump held 6 indoor rallies, even though he knew the virus was airborne 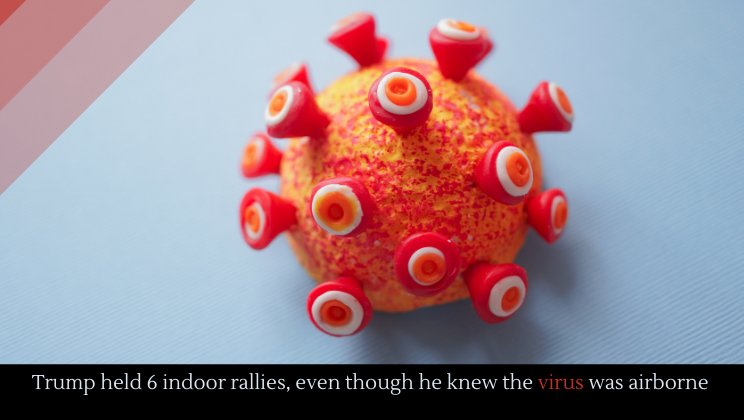 The bombshell interviews between Bob Woodward and Donald Trump reveal that Trump knew how dangerous COVID as early as January. And, nevertheless, he held six indoor rallies, putting thousands of Americans at risk.

Trump was allegedly furious about the poor turnout at his failed Tulsa rally, even though the low numbers meant fewer cases of COVID and, as a result, fewer deaths.  Trump’s campaign tried to spin the poor attendance, but even Fox News didn’t buy it. The mayor of Atlanta called the event an embarrassment. Unfortunately, besides being a failure, the Tulsa rally also led to a spike in COVID cases. No one who went and got COVID should be surprised, thou, since those who went to the rally, and anyone who wants to go to Donald Trump’s upcoming rallies, must sign a document waiving their right to sue if they get COVID.