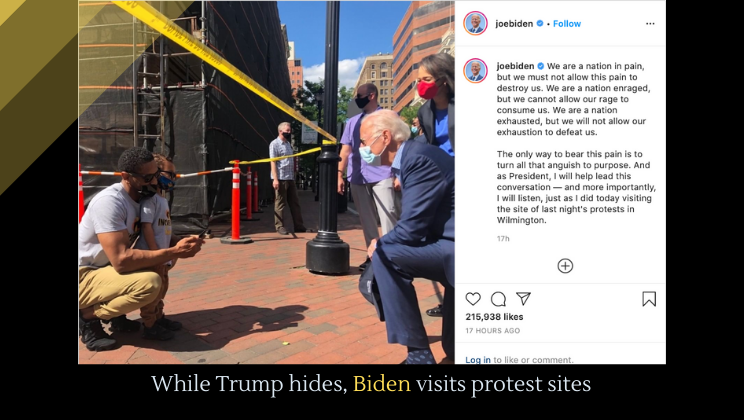 In the aftermath of George Floyd’s death, President Trump tweeted out violent, divisive language. For example, Trump tweeted this: