Trump laments, “nobody likes me” as his COVID response approval rating drops 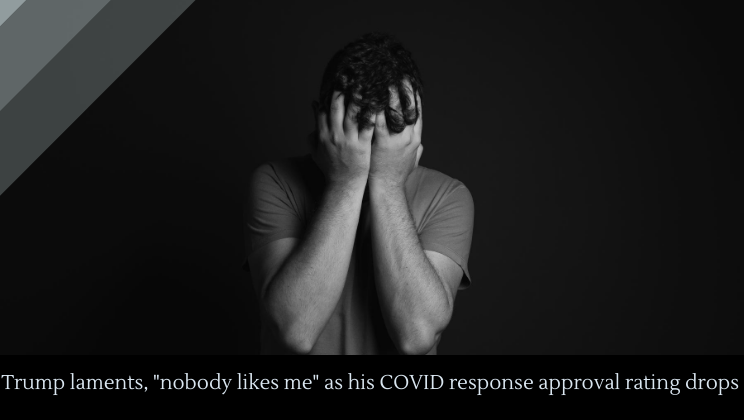 Trump lamenting Fauci's popularity, saying it's "sort of curious a man works for us with us very closely, Dr. Fauci, and Dr. Birx also highly thought of, and yet they're highly thought of but nobody likes me." pic.twitter.com/8lIT2dVbfL

Amazingly, Donald Trump is blaming his––and his administration’s––low approval ratings on this: “nobody likes me.” He takes no responsibility for his administration––and his own personal––bungling of the COVID crisis, and now that the election is near he is starting to panic.