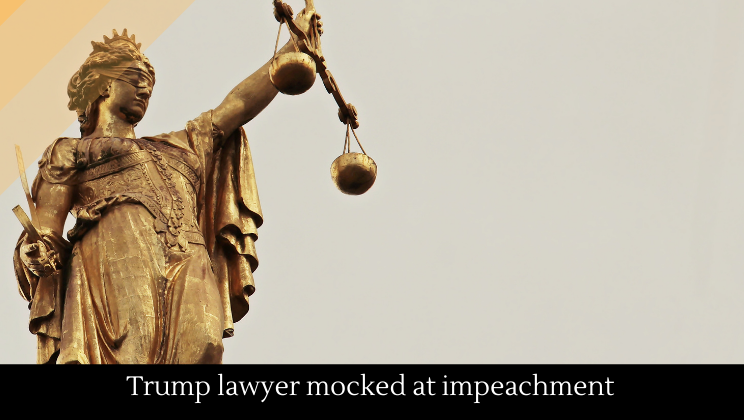 One of Donald Trump’s lawyers was mocked at the impeachment trial for saying “Philly-delphia” instead of Philadelphia. He did not appear to know exactly why Senators were laughing at him, but he did not react well. After scolding them, the Senate was called to order.

A Senate Republican has called for Trump and Pence aides to come forward to and tell the Senate what they know about Trump’s conduct during the riots.