Trump made $1.6b as President, raising concerns of fraud 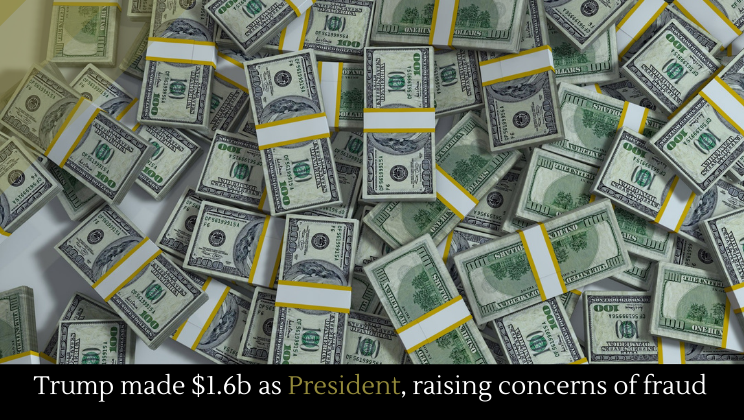