Trump may be losing his mind 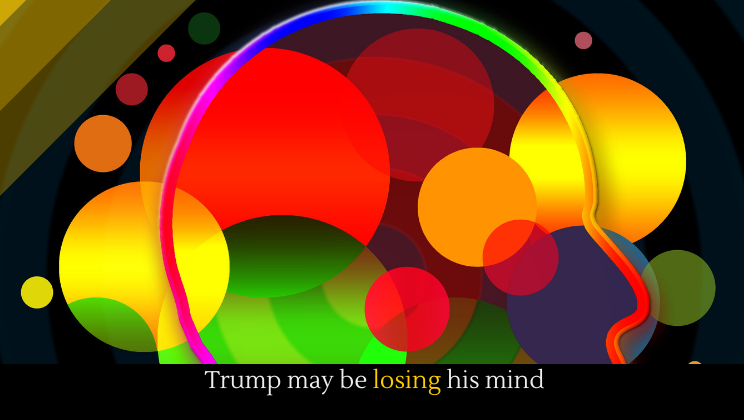 The nation is talking about impeaching Donald Trump for the Ukraine situation, but what we should be considering is that he may be actually nuts. According to sources near Trump, he stumbles, slurs, and gets confused.

Donald Trump’s two main jobs are: commander in chief of the United States arm forces and chief American diplomat. If these accusations are true, he needs to be dismissed. Consider, also, his poor job performance.