Trump may have lied to Mueller, majority of Americans want Trump out 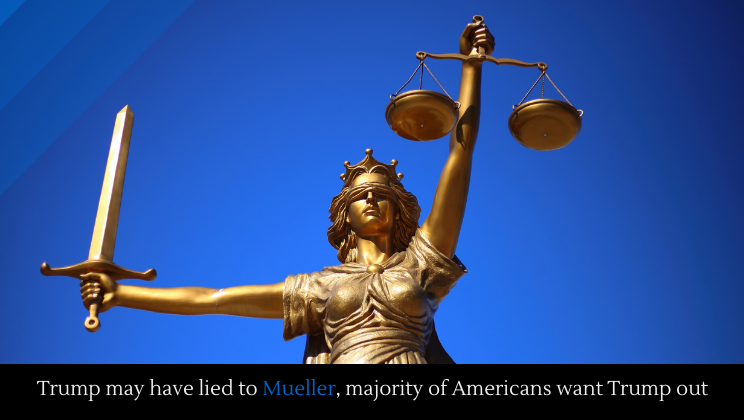 As the impeachment trial continues, more Americans are not only more supportive of the investigation, but also of removing Trump from office––51% of Americans say Trump should be impeached by the House and removed from office by the Senate.

The Republican Party, which has been so blindly, cultishly loyal to Trump, is gradually awakening from its somnambulant stupor. It seems unlikely that they realize the emperor is, in fact, naked. Rather, they had made a schoolyard bully the skin and sinew and muscle of the Party. They see now that the skin is tinged too orange, the sinew weak, and the muscle atrophied. And so they’re leaving the party in the steady drip-drip-drip of blood dripping from the soon-to-be corpse.

According to a recent poll, nearly a fifth of Republicans now support Trump’s impeachment. Will the drip turn to a stream, or will it dry up? So far, it doesn’t look good for Trump.