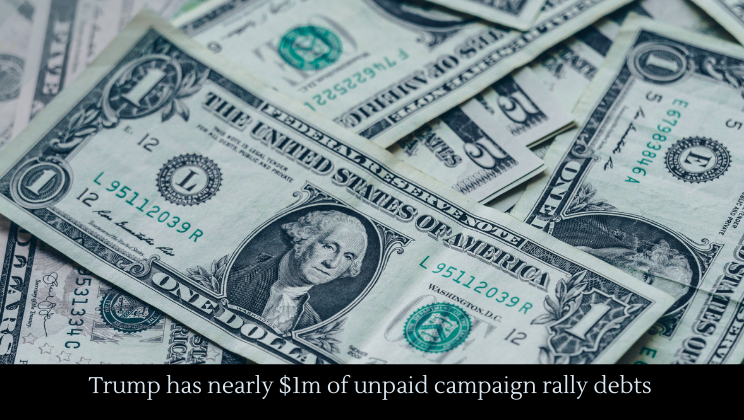 Donald Trump is set to leave the White House with $850,000 of campaign rally debts. Some cities, like El Paso, are planning to bring the Trump campaign to court to get their money.