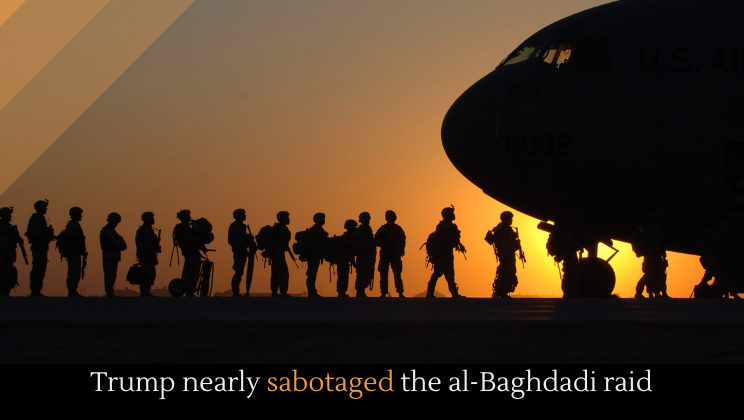 Trumps handling of this has been nothing short of amateur. Nancy Pelosi has demanded that Donald Trump brief congressional leaders on the killing of ISIS leader Abu Bakr al-Baghdadi, pointing out that Trump informed the Russians before he notified Congress.

Pelosi said, “The House must be briefed on this raid, which the Russians but not top congressional leadership were notified of in advance, and on the administration’s overall strategy in the region. Our military and allies deserve strong, smart and strategic leadership from Washington.”

Traditionally, presidents notify top congressional leaders regardless of party line. Trump, however, opted not to, insinuating Democrats would leak the information and put American lives at risk: “Washington is a leaking machine. And I told my people, we will not notify them until our great people are out — not just in, but out. I don’t want to have them greeted with firepower like you wouldn’t believe.”

Trump’s explanation will appeal to his base, many of whom distrust Democrats. It will also lead to further criticism that Trump is somehow in Putin’s pocket.

National Security Adviser Robert O’Brien appeared on TV to clarify that Russia is not an ally, but he seemed to struggle to explain why Trump called Russia upon the mission’s completion instead of notifying Congress.