Trump is paying his sons’ lovers with campaign funds 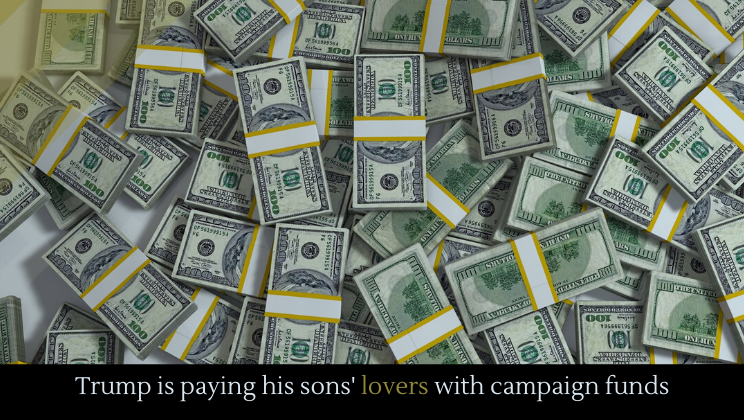 President Trump sent a series of tweets urging citizens to violate Democratic governors’ stay-at-home orders. Jay Inslee has called the tweets “unhinged” and “illegal,” since they’re calling for domestic insurrection.  What we wonder is this: is Trump actually trying to encourage insurrection, or is he doing so to obscure something else––something like corruption? Like the fact that he’s paying his sons’ wives or girlfriends a whopping $180,000 a year through a company run Trump’s campaign manager.