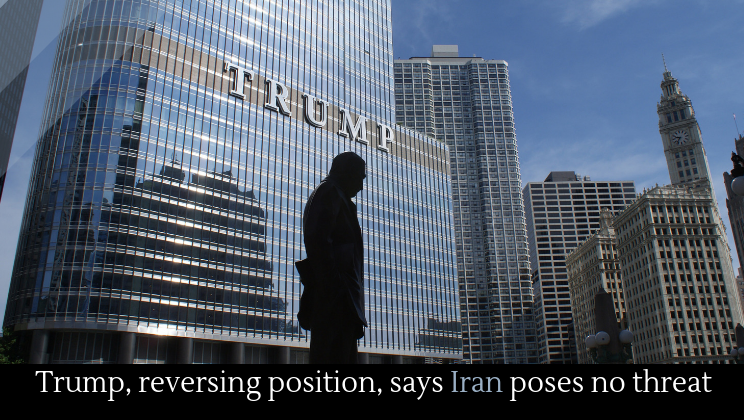 On Sunday, Donald Trump tweeted: “If Iran wants to fight, that will be the end of Iran. Never threaten the United States again!” The next day, he told reporters, “We have no indication that anything’s happened or will happen, but if it does, it will be met, obviously, with great force. We will have no choice.” Critics say Trump’s waffling shows an utter lack of a coherent Iran strategy.

Dina Esfandiary, a fellow at the Harvard Kennedy School’s Belfer Center and the Century Foundation’s Middle East Department, reflects on the (seeming) irrationality of Trump’s position: “I oscillate between thinking the administration is being quite clever, and almost demonstrating irrationality in order to scare the Iranians into not doing anything stupid — or at least that’s what they think they’re doing — or just genuine total cluelessness, which is what I tend to lean towards.”

So there are basically two choices: Trump is a Jar Jar Binks level master of Drunken Boxing / international politics, or he’s totally inept. Is there any evidence of the latter? Yes, there is.

The Washington Post points out that Trump’s recent reversal on Venezuela is evidence of Trump’s terrible patience and lack of strategic thinking, as well as further evidence of Putin’s sway over Trump.

Trump has also opted to spend $20 billion over the next two decades in order to keep the USS Harry S. Truman operating, reversing his February decision to retire it. Here’s the problem: the Navy didn’t want that carrier still running. They planned to use that money on more advanced technologies and preparing for cyber warfare.