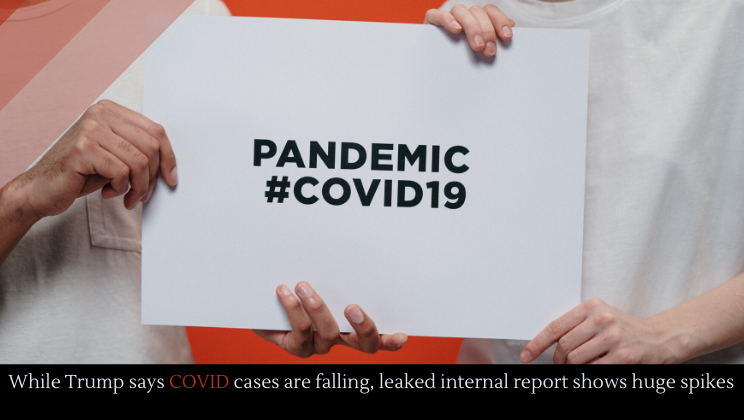 Although Donald Trump is proudly touting his COVID response and claiming that the number of cases have fallen, a leaked White House report shows that cases are spiking. Rural areas in particularly are suffering––ironically the root of his support––and seeing spikes in infection rates as much as 1000%.