Did Trump have a series of mini-strokes? 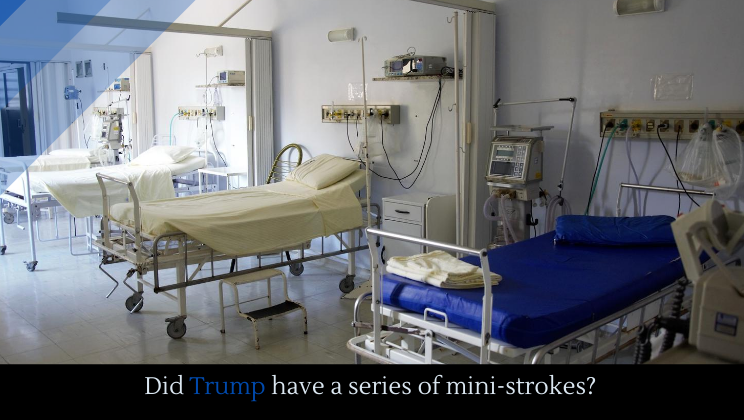 It never ends! Now they are trying to say that your favorite President, me, went to Walter Reed Medical Center, having suffered a series of mini-strokes. Never happened to THIS candidate – FAKE NEWS. Perhaps they are referring to another candidate from another Party!

We have no idea who “they” are, but the New York Times suspects it’s a book by a Time reporter. That author described the president’s November 2019 visit to Walter Reed Hospital, during which the VP was apparently put on alert that Trump might need to go under anesthesia. But the book said nothing about mini-strokes.

So that’s the origins of the tweets, but now there’s a whole new can of worms. Why did he say mini-strokes? Why deny something no one mentioned? It would be easier to believe him if he didn’t spew an endless number of lies. If the White House wants to get over this before the November election, then they need to be very clear about what happened during that hospital visit––otherwise, there will be endless speculation about what might have sent Trump to the hospital.