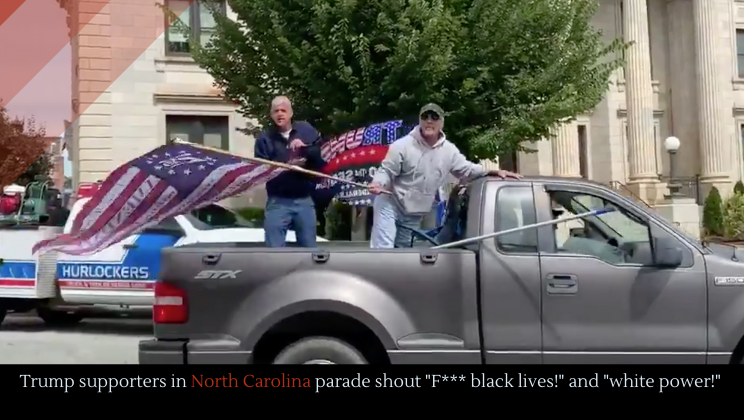 The current moment is, perhaps, the most racially-tense period since the Rodney King riots. Sadly, it’s not just the continued violence against black people by the police––rank-and-file Trump supporters have been recorded in Elon, North Carolina as shouting “F*** black lives* and “white power.” Some two-hundred cars participated in the anti-black/pro-Trump rally.

The acting director of the National Counterterrorism Center told an audience that the world sees the United States as an exporter of white supremacist ideology, an unexpected consequence of globalization.

The shooting in Christchurch sparked worldwide outrage. One of the perhaps unexpected consequences of that shooting is that critics from around the world blame the Unite States for spreading such the kind of white supremacist ideology that inspired the Christchurch killer. Donald Trump denied that white supremacy is on the rise around the world a a consequence of the United States.