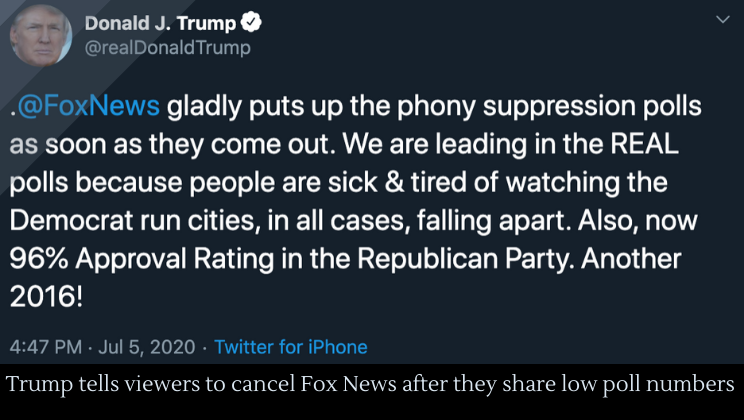 Trump may have officially turned on Fox News. After the usually sympathetic network shared polls showing Trump behind in key swing states, Trump lashed out on Twitter.

.@FoxNews gladly puts up the phony suppression polls as soon as they come out. We are leading in the REAL polls because people are sick & tired of watching the Democrat run cities, in all cases, falling apart. Also, now 96% Approval Rating in the Republican Party. Another 2016!