Trump threatens to send as many as 75,000 feds to US cities 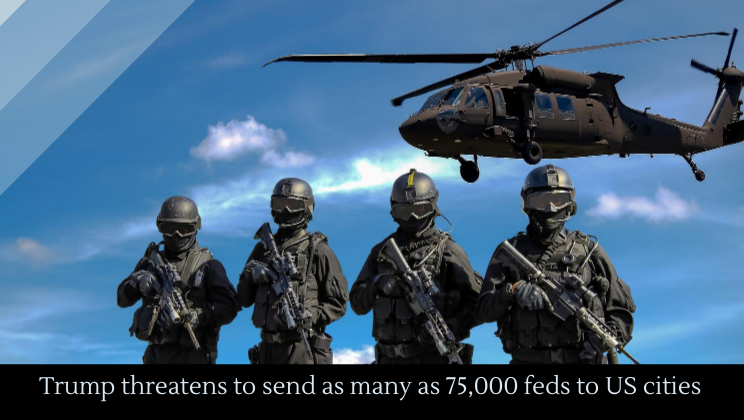