Trump trying to employ (illegal) ways not to lose 2020 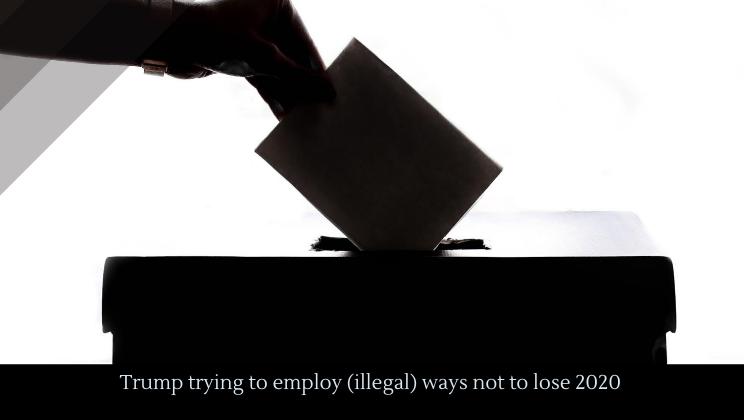 In what is shaping up to be a repeat of his 2016 campaign, Donald Trump has demoted his campaign manager Brad Parscale. This news is the latest sign that the Trump campaign is, in the words of a recent Hill piece, flailing. That’s because things have been going horribly for him. New polls show that Donald Trump’s approval rating is plummeting. Some 67% of Americans disapprove of Trump’s COVID response. Interestingly, Trump’s support among Republicans is dropping––78% of Republicans approve of his COVID handling, down from 90% a month ago. Trump’s base, white Americans without a college degree, are split: 50% disapprove and 49% approve. Americans are also deeply skeptical of Trump’s handling of race relations: 78% of Republicans approve, but a whopping 91% of Democrats disapprove. Among Independents, 74% disapprove. Finally, 59% of Americans think the push to open the economy is moving to0 quickly.