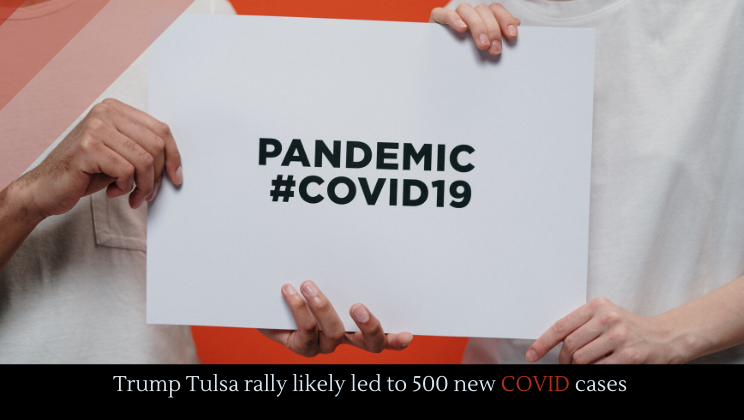 Donald Trump’s much-hyped return rally in Tulsa was, in short, a big ol’ dud. The venue could hold nearly 20,000 people, but only about 6,00 showed up. Trump was allegedly furious about the poor turnout. Trump’s campaign tried to spin the poor attendance, but even Fox News didn’t buy it. The mayor of Atlanta called the event an embarrassment. Unfortunately, besides being a failure, the Tulsa rally also led to a spike in COVID cases. No one who went and got COVID should be surprised, thou, since those who went to the rally, and anyone who wants to go to Donald Trump’s upcoming rallies, must sign a document waiving their right to sue if they get COVID.