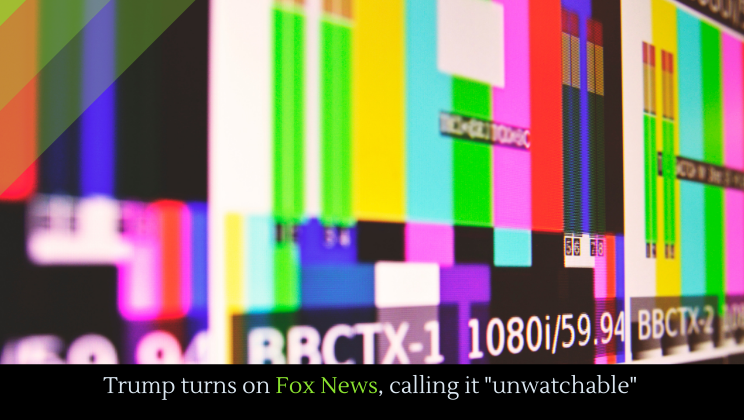 It looks like the final threads of Donald Trump’s friendship with Fox News might be snapping––Trump has just angrily tweeted that Fox News is “virtually unwatchable,” directing his followers to more fringe outlets.

.@FoxNews daytime is virtually unwatchable, especially during the weekends. Watch @OANN, @newsmax, or almost anything else. You won’t have to suffer through endless interviews with Democrats, and even worse!