Trump watching 7 hours of TV before starting work at noon 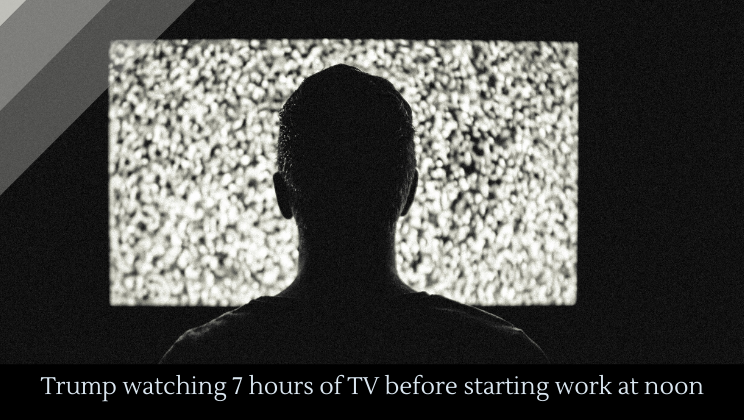 Trump is apparently getting very upset about the media coverage of his disastrous COVID updates. He’s watching TV for seven hours straight, behaving even more erratically, and cutting calls with advisors short.

Trump is right to be worried and angry.Trump’s ratings have dropped to pre-coronavirus levels, largely as a result of his daily briefings, and it’s no wonder––after the most recent meeting, in which Trump suggested the injection (as in, into your veins, where your blood lives) of disinfectant, those ratings are likely to suffer more. Manufacturers of bleach and other disinfectants are warning their consumers not to attempt to inject or injest any of their products or risk, you know, horribly painful death.

Something strange might be happening in the American political landscape. An overwhelming majority of Americans, 81%, say that lockdown restrictions should not be lifted if it means coronavirus will spread.

Another question to consider is this: is Trump actually trying to encourage insurrection, or is he doing so to obscure something else––something like corruption?