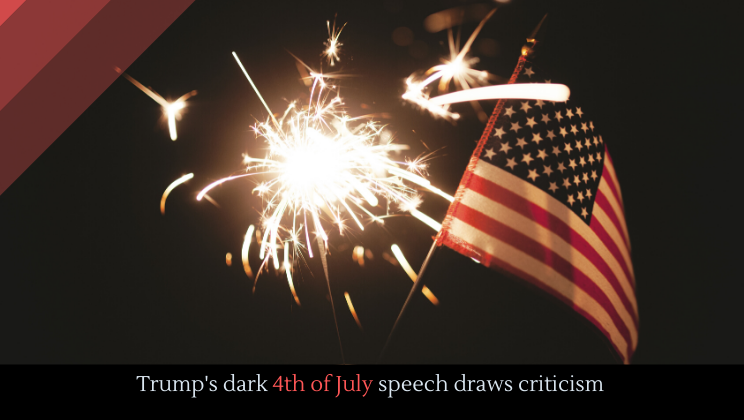 Historically, 4th of July speeches are positive ad patriotic, not dark and brooding. But we’re not living in normal times. Trump’s speech railed against his political enemies, and he even identified them with “totalitarianism”––a word he seemed to stumble over.

The anti-Trump group called the Lincoln Project immediately jumped on the error:

We must stop the spread of pic.twitter.com/iy2XDqVw35

Michael McFaul, a professor of political science at Stanford, summarized Trump’s speech like this: “Trump obviously has no idea what words like fascism and totalitarianism mean. To those who wrote that speech, shame on you. To those that cleared on this speech, shame on you. Perhaps the most un-American speech ever delivered by an American president, on the eve of July 4th.”

Donald Trump seems traumatized by his much-hyped return rally in Tulsa, which was, in short, a big ol’ dud. The venue could hold nearly 20,000 people, but only about 6,00 showed up. Trump was allegedly furious about the poor turnout. Trump’s campaign tried to spin the poor attendance, but even Fox News didn’t buy it. The mayor of Atlanta called the event an embarrassment. Now, to avoid a similar failure, he’s apparently prepared to cancel his convention rally.