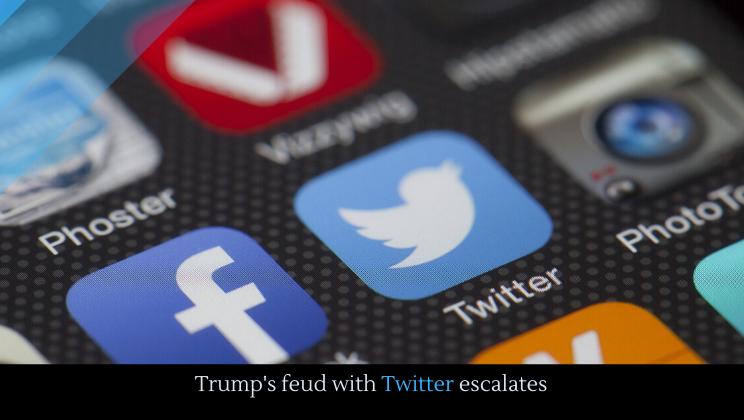 Trump’s feud with Twitter has escalated: he is expected to sign an executive order targeting social media. Unfortunately, there are (as of this writing) no details about the content of that executive order. But it doesn’t really matter––Twitter CEO Jack Dorsey has said that he will continue to fact check any information related to elections.

So much for small government?  But it’s no surprise Trump is acting out. Donald Trump’s 2020 chances aren’t looking great. As of Memorial Day, Trump’s disapproval rating is at a whopping 53.5%, and his approval rating is down to 42.7%. According to a different poll, 53% of Americans disapproved “strongly” or “somewhat” with Trump’s handling of COVID.

But you don’t even have to look at polls to know that, you can look at his behavior. The more he lashes out, especially at women, the worse he’s doing. Lately, he’s taken to retweeting sexism-laden taunts (including the word “skank”) towards Hillary Clinton (good lord, LET IT GO people, it was 4 years ago) and Nancy Pelosi.