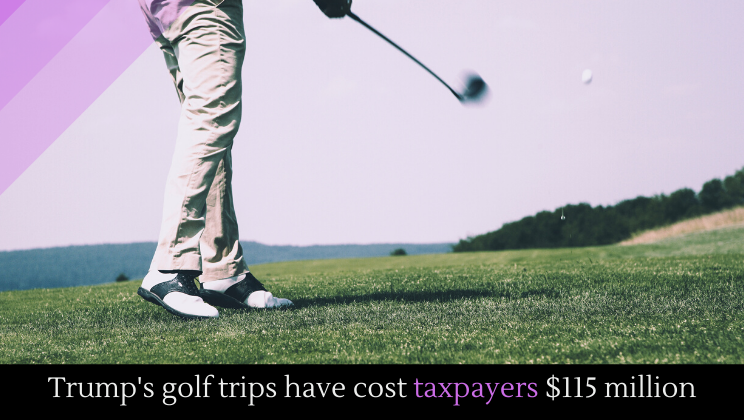 Donald Trump vocally and frequently criticized President Obama for playing golf, both for the time Obama spent golfing and the cost. Well, Trump’s latest numbers dwarf Obama’s stats: Trump has spent an estimated $115 million of taxpayer money on golf trips. It’s hard to get a real number because the White House won’t release how many aides and such stay at the resorts while the Commander in Chief (ugh) golfs.

Golfing is more than a time and money suck, it also raises the question of corruption. Tony Schwartz, the ghost writer for Donald Trump’s The Art of the Deal does not have a very high opinion of the Trump White House. “Crime family: Donald, Ivanka, Jared, Donald Jr. They all belong in prison,” he tweeted. That’s largely because Trump has not only given many of his family position’s in his administration (not to mention the son of his personal lawyer), but also because he continues to enrich himself.