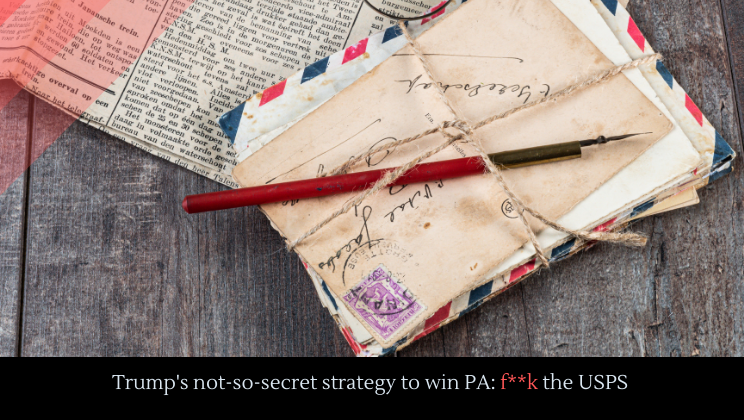 Trump and Postmaster General crony have a strategy for winning in Pennsylvania: just don’t count the votes. The USPS has admitted that it is delivering mail late, saying that there is no constitutional right to timely mail delivery, and the delivery delays are even worse in PA, where Trump is losing support rapidly.

Trump knows he’s lost Pennsylvania. Despite the fact that he’s losing the state in the polls, he decided to cut his campaign rally there early. He also told the audience that he was only visiting them because he was losing. Then he danced off stage to YMCA.