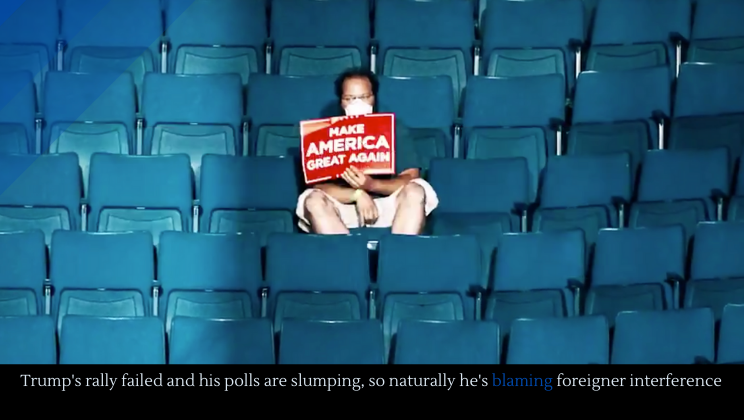 He’s also getting blasted by the Republicans behind the Lincoln Project. Take a look:

.@realDonaldTrump, your rally in Tulsa was a flop. You've probably heard this before, but it was smaller than we expected — and it sure wasn't as big as you promised. pic.twitter.com/TOHY1ZOKxM

In short, Trump is up a campaign creek. And what does a bad leader do when things don’t go well? Shunt responsibility, of course. And that’s what Trump is doing, he’s preemptively blaming foreign countries for his 2020 loss.