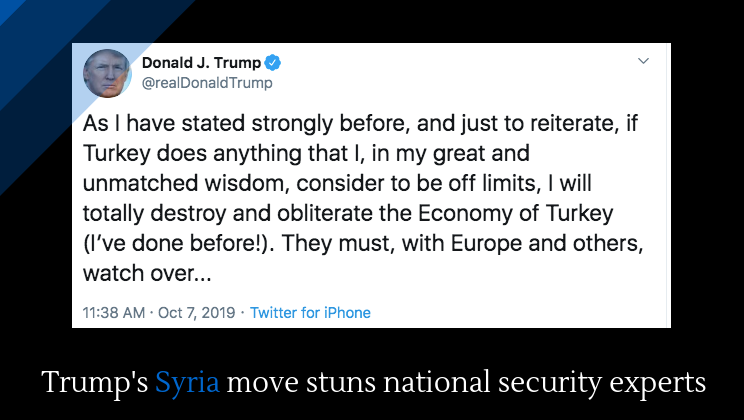 Donald Trump announced that United States forces would withdraw from northeastern Syria in order to allow a Turkish offensive. His decision appears unilateral, and it stunned national security leaders––including his own team. One official, speaking anonymously, said that Trump got out-negotiated by Turkish dictator Recep Tayyip Erdogan. The National Security Council source said that Trump got “rolled.”