Trump’s Tulsa rally was a dud 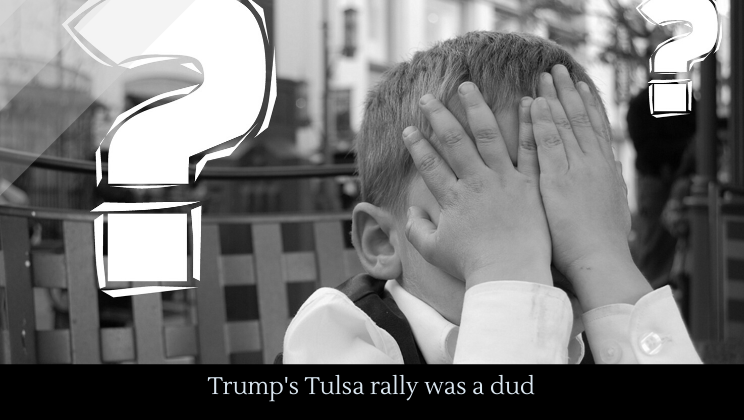 Donald Trump’s much-hyped return rally in Tulsa was, in short, a big ol’ dud. The venue could hold nearly 20,000 people, but only about 6,00 showed up. Trump was allegedly furious about the poor turnout. Trump’s campaign tried to spin the poor attendance, but even Fox News didn’t buy it. The mayor of Atlanta called the event an embarrassment.

So what’s going on? It turns out that TikTok users are trying to troll Trump by signing up for seats and then not showing up. Their aim is for Trump to show up to an empty arena and embarrass him.