Trump’s twitter followers are abandoning him in the thousands 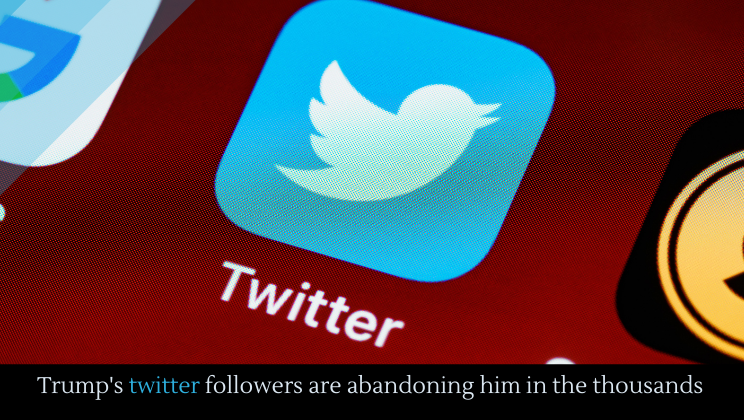 Donald Trump’s twitter fan base is shrinking. Followers are abandoning him by the thousands. In the last week alone, he’s lost 46,000 followers. On November 25 alone, he lost 10,000 followers.