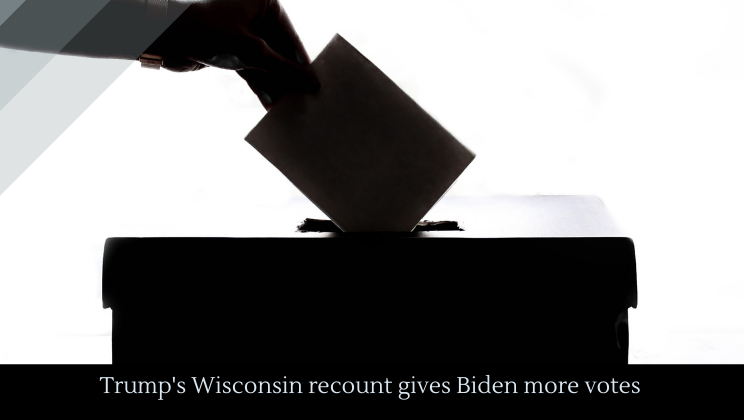 Donald Trump’s campaign pushed for a recount in Wisconsin, claiming fraud, claiming that Biden was a liar, claiming that with just a closer look Trump would win. It didn’t quite pan out that way. Both candidates gained a few votes, with Biden netting 132 more than Trump.

Talk about a landslide. Joe Biden has become the first president to surpass 80 million votes. That’s partly because this past election saw a turnout of some 66%, breaking a nearly century-old record.

Earlier this week, Joe Biden’s lead over Donald Trump surpassed six million votes, with the final ballots still coming in. At that point, Biden already won the popular vote by ten million more votes than any other president in American history.