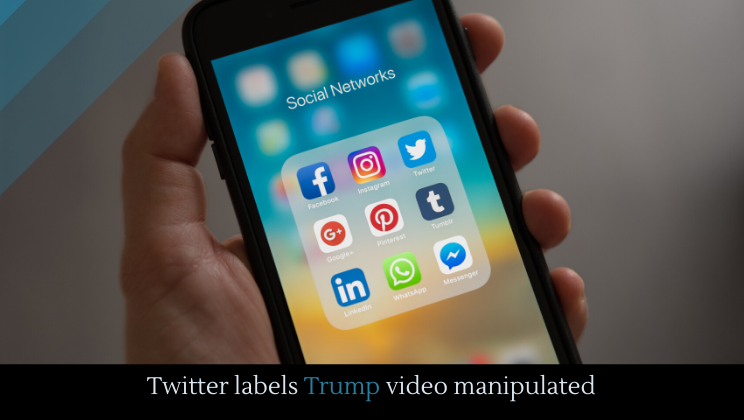 Twitter has continued its war against misinformation––or, against the president––by attaching another label to the President’s tweets. This time, Trump tweeted out a doctored video, which Twitter labeled as manipulated.

The feud began when Trump took to twitter to complain about twitter, tweeting out a message heard ’round the world:

Then he signed an executive order targeting social media, which, according to the New York Times, might actually backfire on him. Twitter CEO Jack Dorsey warned that the company would continue to fact check any information related to elections.

And then, following the violence in Minnesota, Trump tweeted this:

Twitter escalated by hiding the post under this warning, signaling a major escalation in the battle with Trump:

But you don’t even have to look at polls to know that, you can look at his behavior. The more he lashes out, especially at women, the worse he’s doing. Lately, he’s taken to retweeting sexism-laden taunts (including the word “skank”) towards Hillary Clinton (good lord, LET IT GO people, it was 4 years ago) and Nancy Pelosi.