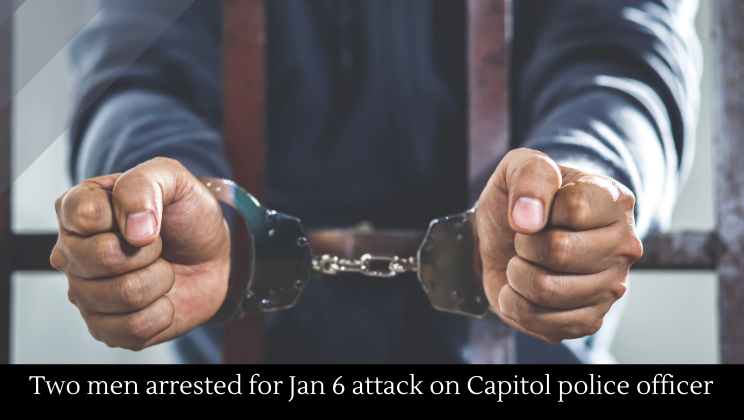 Two men have been arrested for spraying a Capitol police officer with bear spray, potentially causing his death, though it has not yet been proven that the bear spray led to the death.

Prosecutors investigating the Capitol riot have asked for a delay, citing the “most complex” investigation in American history.