Uighur prisoners given “medicine,” hosed down during pandemic peak 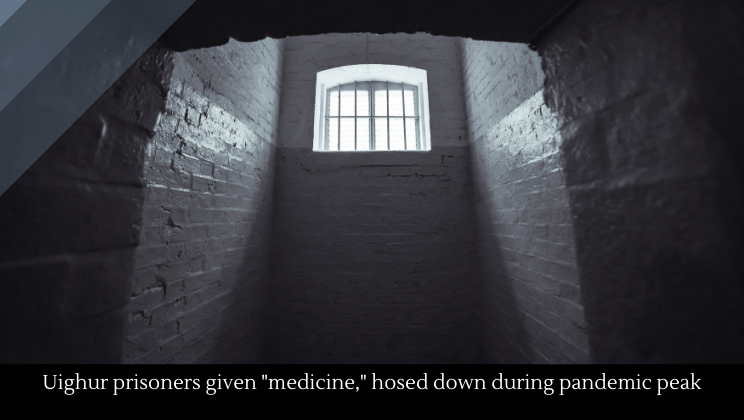 A Uighur woman describes being given “medicine” after being jailed during the height of the coronavirus pandemic, but the medicine made her feel ill. She also described having her cell––and herself––hosed down with a powerful hose.