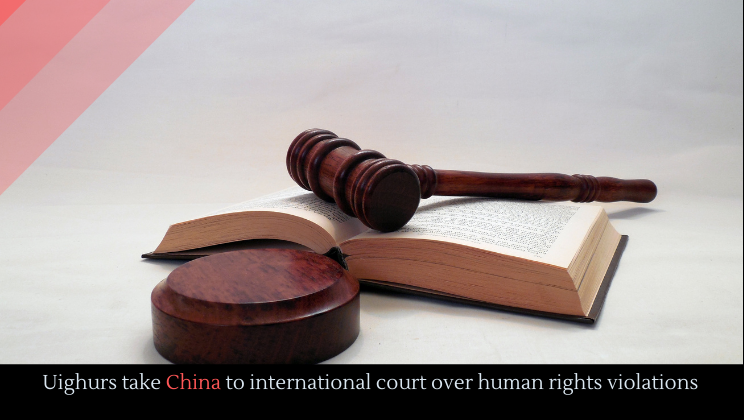 A group of about two dozen Uighurs are taking China to the International Criminal court, citing crimes against humanity, torture, and genocide.