UK: Russians made no major gains in last day 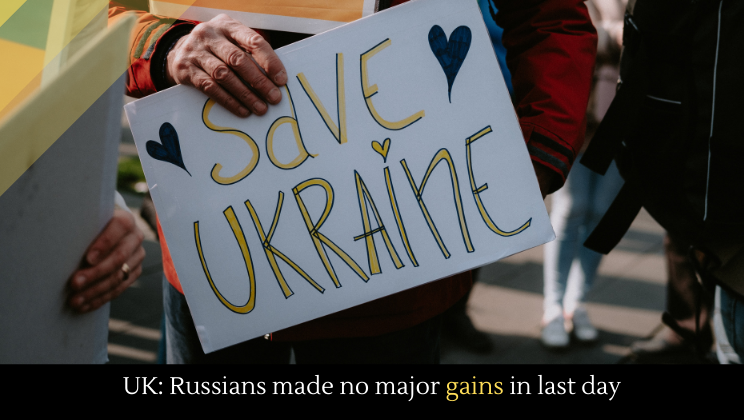 According to the UK, the Russian military made no major gains in the last 24 hours, despite increased Russian efforts.

According to human rights groups, the Russian army is using rape as an “instrument of war.” In addition, traces of Russian chemical weapons have been Ukraine, according to a local mayor. The Pentagon has expressed alarm at still-unconfirmed reports of chemical weapons in Ukraine. These reports, if true, would make direct western intervention in the conflict much more likely. According to the mayor of Mariupol, ten thousand people have died in the Russian siege.