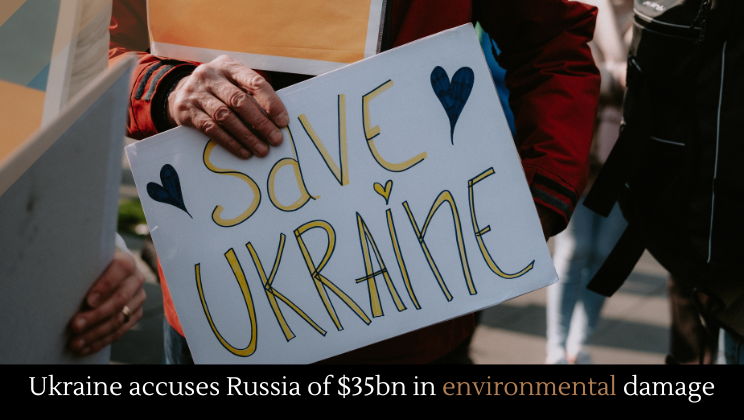 Ukraine has claimed that Russia has caused $35 billion in environmental damage during its prolonged war, which is a violation of the Geneva Conventions.

Additionally, the UN has recently proposed holding nations criminally accountable for contributing to climate change. In a similar vein, the EU has passed a law blocking the sale of products grown on land deforested after 2020.