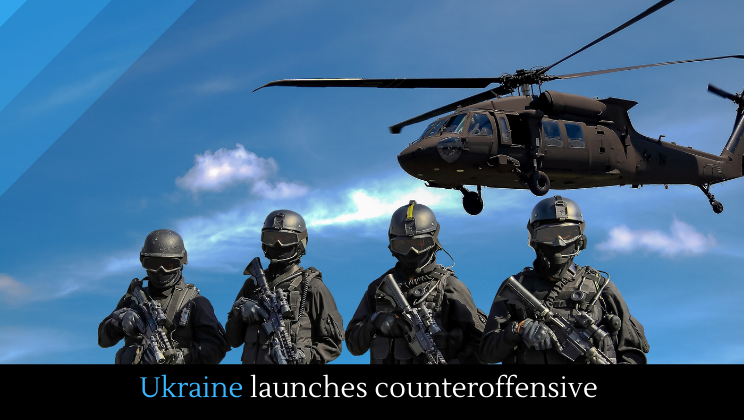 Ukraine has launched a counteroffensive, surrounding some 10,000 Russian troops who lack food and other supplies. Eliot Cohen, professor at The Johns Hopkins University School of Advanced International Studies, says that it’s time media start reporting what he sees at the inevitable: Ukraine is winning the war.

Ukrainian troops captured what looks to be part of a Krasukha-4 mobile electronic warfare system.

Putin is rumored to be purging the Kremlin of officials he blames for the faltering invasion of the Ukraine. The Russian army’s inability to swiftly conquer Ukraine has led to a number of internal struggles among Russian leaders. Sergey Beseda, head of the FSB’s foreign service, has been placed under house arrest. Putin had the man arrested for failing to warn him of the stiff resistance Russia would face in the Ukraine.