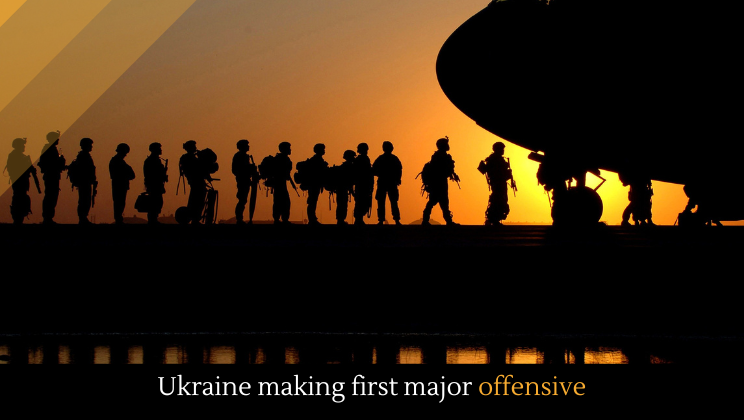 Ukraine is making its first major offensive against the Russians. To help, Ukraine received more rocket launchers from the United States and Germany.