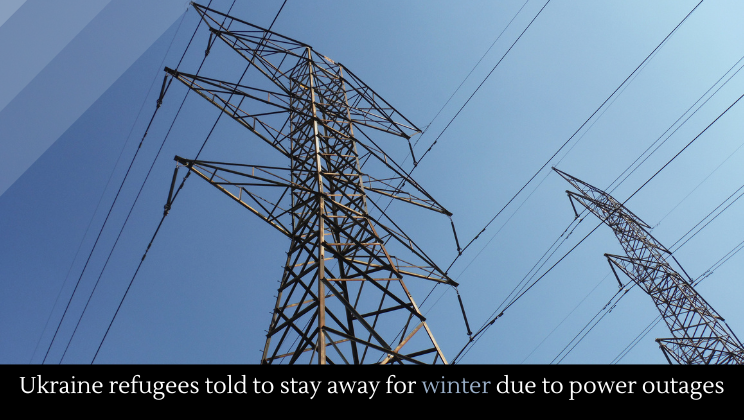 Ukrainian refugees have been asked to stay away for the winter, since the country does not have enough energy to provide heating for everyone.

More Russian missiles have targeted the Ukrainian energy grid, and the country is now struggling with power outages.