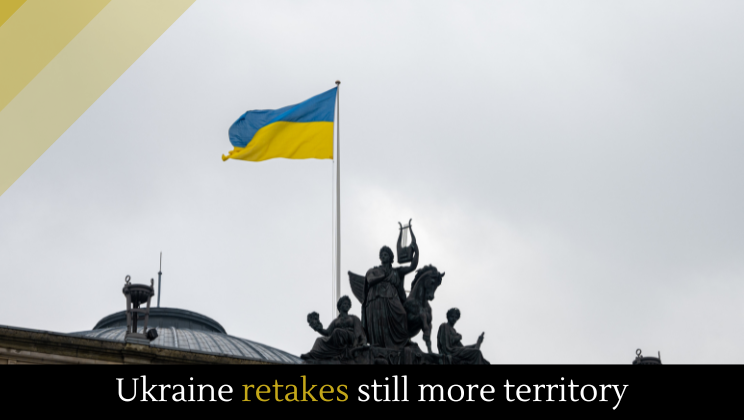 Ukraine has regained more territory from the Russians.

Ukrainian forces have reached the Russian border in the Kharkiv region. Ukraine’s lightning counteroffensive drove Russian soldiers from the Kharkiv region, and now Ukraine has tripled its reconquered territory. Ukraine began its long-awaited offensive in the country’s south last week. President Zelesnsky has also promised to retake Crimea by whatever means necessary.