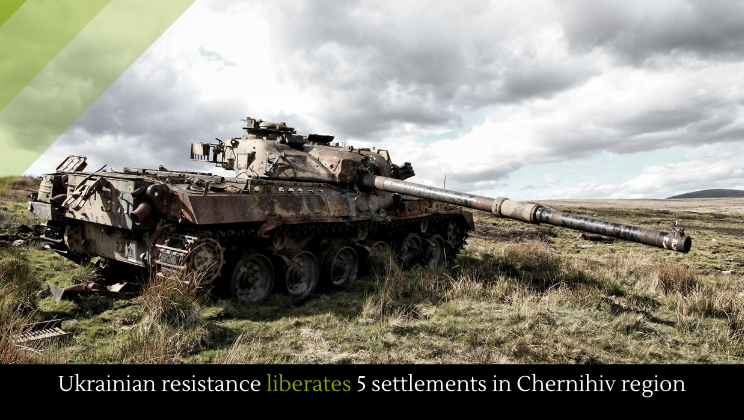 Ukrainian President Volodymyr Zelensky told Ukraines to be patient, telling the country that they’ve passed a strategic turning point and will be able to repel the invading Russian army.

Kyiv is has locked down, transforming itself into a fortress with civilians as some of its most ardent defenders. The White House is considering a deal to help get Polish fighter jets to the Ukraine, to help the embattled country stave off the Russian attack. Zelensky––already the darling of the worldwide community for his bravery––has allegedly survived 3 assassination attempts this week. Despite this, Zalensky still called for peace, saying he didn’t want the Ukraine to be “a legend about 300 Spartans.”1

A Russian oligarch has put a $1 million bounty on Putin, signaling a massive shift in sentiments in Russia. According to a Ukrainian intelligence report, Putin is “furious’ that the Ukraine invasion hasn’t been “easy.” US officials have also reported that Putin is lashing out at his inner circle out of frustration. Nevertheless, Russia persists in its atttacks.